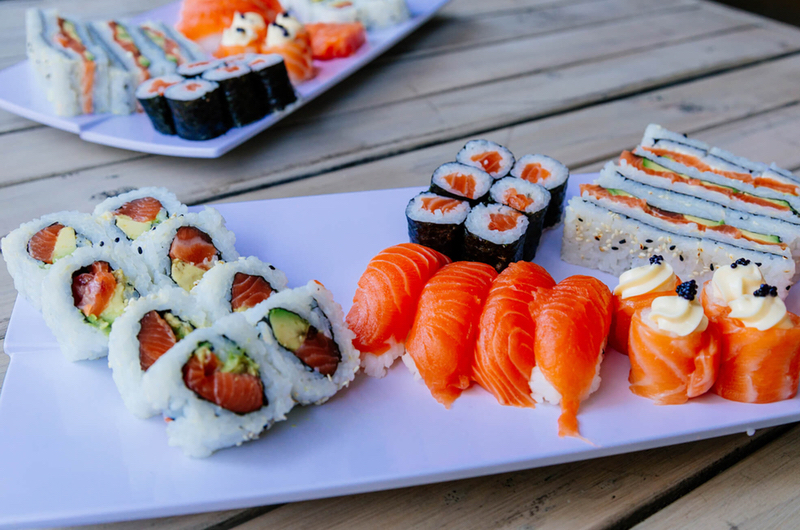 The Pot Luck Club – for dinner with a view

Book a historical walk in colourful Bo-kaap, an iconic area renowned for its commanding views over the city and its tight-knit, traditional Cape Malay community. Shireen Narkedien, a Bo-kaap resident and guide can also arrange a meal in the home of a local after the tour, featuring Cape Malay classics like chicken curry and koeksisters – spiced, coconut-flecked doughnuts.

The city’s numerous parks and Kirstenbosch National Botanical gardens are perfect for picnicking. For platters of the best Western Cape produce – think goat’s milk labneh, cumin-studded boerenkaas, chorizo, homemade pâtés, pickled South African peppadew peppers and spreads – head to Saucisse. Even the (eco-friendly) packaging is a step up from the norm at this deli.

The Saturday Neighbourgoods Market at the Old Biscuit Mill in Woodstock is a great place to pick up artisanal staples and vegetables if you’re self-catering (or food souvenir hunting). Many shoppers stay on for a street food brunch from one of its stalls, from steak sandwiches at Kitchen Cowboys to cultivated Saldanha Bay oysters from Mother Shuckers.

Truth Coffee – for coffee and brunch

You don’t have to search far to find a well-made, Fairtrade coffee in Cape Town but Truth Coffee is a pioneer of the craft. The café in the emerging Fringe district is an ode to steampunk, with vintage machinery, miles of metal pipework and leather-aproned baristas. Cold brews are the order of the day, though the team also make great standard espressos and flat whites.

Fish on the Rocks – for fish and chips

Fish and chips is a must in Cape Town. Take yours up a gear by ordering snoek, a large-boned member of the barracuda family. Eat it outdoors with the locals at no-fuss Fish on the Rocks in Hout Bay. Fish comes served with slap chips doused in vinegar and you’ll find the 25-minute drive from the city centre worth every bite.

At the V&A Waterfront, a shopping and dining complex, settle in for a magnificent view of the harbour and the mountain at waterside Harbour House (middle right) and take your pick from a fine selection of seasonal seafood caught by the restaurant’s own trawler; in late December it’s all about crayfish.

Few foods say Cape Town like a robust gatsby, a foot-long (or even longer) submarine filled with ingredients such as spicy masala steak, slap chips (proper chippy-style chips) and a variety of sauces. Cheap and cheerful, the ones at Mariam’s Kitchen are the city’s best.

Publik – for wine and cheese

A contemporary butcher with a wine bar at the front, Publik is well worth a visit for its excellently curated list of local, and some international, wines. Prime quality biltong (dried, cured meat) from the meat counters and platters of local cheese and crunchy gherkins keep punters lingering. A wine flight is highly recommended.

With a view of Devil’s Peak Mountain, the Taproom at the aptly named Devil’s Peak Brewery is one of the best craft beer venues in the country. Start with a beer tasting at the bar, then move to a table for a casual lunch or snacks paired with beer, like pulled pork crubeens with amber ale or flash-fried broccoli with English ale.